E-Cigarettes and Vaping, How much do you know?

E-Cigarettes and vaping have become very popular with some people.  How much do you know about it? Does it have side effects? Does it completely take away the desire to smoke?

Here at Ross Family Dentistry, we wanted to know more about this growing trend. There is much speculation regarding E-Cigarettes and vaping, but there aren’t a lot of conclusive results with the studies we found. This is what we learned.

Electronic cigarettes look similar to regular cigarettes since they glow when they are inhaled. They do not produce smoke, but rather, an aerosol that is known as vapor.

However, E-cigarettes do deliver nicotine as a liquid through the END. Inside of the END, there is a nicotine cartridge that holds the flavored liquid. When the liquid is heated, it turns into an aerosol or vapor, which is inhaled by the user and exhaled into the environment. The ENDS of the E-cigarettes can come in many different shapes and sizes, and they even go by different names. The names are vape pens, electronic hookahs, hookah pens, and personal vaporizers.

Now that we understand what they are, our next questions was why do people choose E-cigarettes, and who is using them the most?

Most people choose e-cigarettes to help them kick the smoking habit. In fact, the use of e-cigarettes and vaping has tripled during the year of 2013-2014 in middle school and high schools according to Health District compass.

What are the side effects of E-Cigarettes and Vaping?

As of right now, side effects are mysterious, and there isn’t yet enough conclusive evidence to prove that it helps curb the addiction to nicotine and smoking. One thing that has been proven multiple times however, is that the brain doesn’t fully develop until the age of 25. The use of the E-cigarettes and vaping is harmful to developing brains. Another problem is that the caps of the E-liquid bottles are not childproof.  The Rocky Mountain Poison and Drug Center have reported a dramatic rise in the number of children who have been poisoned by E-liquids as stated in the Health District Compass. Shortness of breath, elevated heart rate, nausea, and even seizures are all side effects from exposure to the E-liquids. Sadly, it only takes one teaspoon to possibly kill a small child.

According to the World Health Organization, it is deemed unsafe for pregnant women to use or be around E-cigarettes due to possible damage to the fetus. This organization also stated that the nicotine exposure to bystanders also increases due to the ultrafine particles from the aerosol.

What is in E-liquids?

Since the FDA has yet to regulate the ENDs and e-liquids, it is not certain exactly which chemicals or how much nicotine actually go into them.  It is believed to have propylene glycol, vegetable glycerin, flavoring agents, and other potentially toxic chemicals according to the Health District Compass.

Here at Ross Family Dentistry, we encourage people to stop the use of tobacco for their health. We understand that it is a hard habit to break, however we believe abstinence is very beneficial for longevity and quality of life. There still is much to learn about E-cigarettes and vaping. Hopefully in the near future, we will all have more definitive answers to these important questions so that the people using E-cigarettes and vaping will know exactly what they are putting into their bodies! Since it’s a new month, we have another team member for you to get to know better! Meet Kathleen! Check out her answers below to the quick fire questions we asked last month!

Ross Family Dentistry wishes everyone a safe and happy holiday season!! See you in 2016!

Give Us a Call 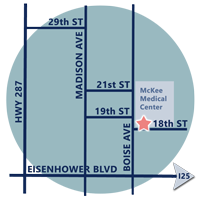